Start a Wiki
Founded: 1930 WARNER BROS. ANIMATION (WBA) is one of the leading producers of animation in the entertainment industry, with an innovative and talent-rich roster boasting some of the most accomplished writers, producers and artists working today. The studio is on the cutting edge of animation technology, and has both CG and traditionally animated projects in current production and development for multiple platforms — including TV, digital and home entertainment — both domestically and internationally.

Since the release of its first theatrical short, Sinking in the Bathtub, in 1930, Warner Bros. Animation and its family of now-classic characters have evolved into a cherished part of our culture, emerging as true entertainment legends enjoyed by children and adults alike around the world. Setting the standard for irreverent, satirical humor and inventive quality animation, the Studio has created a veritable galaxy of stars from its universe of characters. 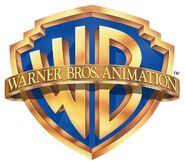 Retrieved from "https://tinytoons.fandom.com/wiki/Warner_Bros._Animation?oldid=40055"
Community content is available under CC-BY-SA unless otherwise noted.