Never Too Late to Loon

Buster, in his pajamas, realizes he overslept

Buster takes to the skies on a balloon...

...then hitches a ride on a meteor

"I gotta start setting my alarm."

Acme Acres is revealed to be in Missouri, at least for this episode 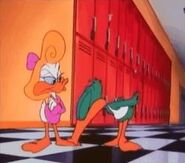 Shirley and Fifi relaxing after school

Despite Plucky having Einstein's genius, he still failed the math test
Add a photo to this gallery

The Hall of Cartoon Pussycats

Sylvester shows his protege Furrball a statue of himself

Furrball wears goggles to protect his eyes from Sylvester's spit

Sneezer's parents, who bear a striking resemblance to Hubie and Bertie

Furrball in his babysitter disguise

Sneezer awakens from his crib 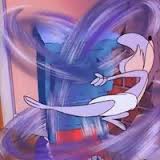 Lil' Sneezer is playing dress up with Furrball

"Better yet, make it a mouse sandwich!"

"Gee, I never dressed up as a sand-a-wich before. This is fun, don't you think?" 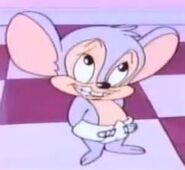 Furrball and his mentor, Sylvester
Add a photo to this gallery

To Bleep or Not to Bleep

"He's been mooning over Shirley the Loon for weeks." 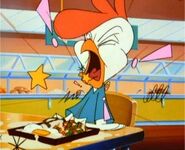 Shirley's Aura sells her body after Fowlmouth's many bleeped-out profanities

"That's funny. It works on nail-biters."

"Sure, there's little kids here, you know. What, do you think I'm crude or something?"

"I realize I did not make the best of 'impresseons' on you today, Shirley."

"Eww, Like, maybe we better go around, I'm getting totally hostile vibrations from that dog."

"What? This gentle canine? He wouldn't hurt a fly!"

"Awww, you're sweet, but I already promised Plucky I'd go with him."

"And that's a wrap!"
Add a photo to this gallery
Retrieved from "https://tinytoons.fandom.com/wiki/Test_Stress/Gallery?oldid=42865"
Community content is available under CC-BY-SA unless otherwise noted.