Elmyra thinks she is a woodpecker

Buster and Babs at the Acme Chemical Plant

A Baby tries to eat Hamton

Plucky jams Hamton in the toaster

Hamton is in the toaster 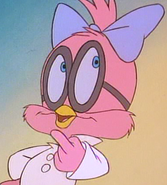 "Hmmm... what can I make this crazy cat crave instead of me?" 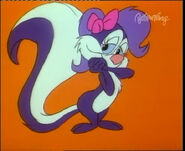 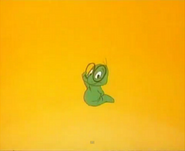 "Welp, wake the kids and phone the neighbors, we've got a winner!" 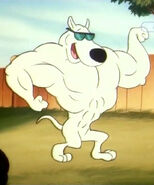 Arnold tries to eat Sweetie
Add a photo to this gallery

Duck in the Muck

"By the by, Kermie, you win the best costume prize."

"Class of the red-hot tabletop cloggers!

"There's a duck in tights here to see you, Sir."

"You wouldn't think it was cute if it was growing out of your noodle, bub!

"Don't look now, but you just became a duo!"

"Here, you deserve this more than I do."