Hare Today, Gone Tomorrow is the eighteenth aired episode of Tiny Toon Adventures and the first in production order. It was written by Wayne Kaatz, Tom Ruegger, Gordon Bressack, and Charles M. Howell IV, and directed by Ken Boyer and Eddie Fitzgerald.

Babs as Tinkerbunny, welcomes viewers to Acme Acres, describing it as "a magic land of beauty, peace, and serenity", but then she is run over by some runaway animals including Li'l Sneezer, and says "I could be wrong." Elmyra Duff, who was chasing the animals, tells the viewers she is looking for some animals to be her pets. Babs tells Buster Bunny about Elmyra, and so he tries to ignore Elmyra when she talks to him. He scares her away with a lion, which upsets her, as all she wanted was a pet rabbit to take care of and give free food.

Buster, unable to resist free food, agrees to be her pet for the day. After being dressed in baby clothes, Buster expects a good meal, but instead he is fed a mud pie. He shoves it in Elmyra's face, and Elmyra takes him upstairs to take a bath. He puts her in the bathtub and she goes down its drain. As he tries to escape, Elmyra finds him. He tells the viewers, "Today's lesson, kids, never ever go home with a stranger."

Unable to escape, he plays doctor with her. He wraps her in bandages and unwinds them, sending her away. Thinking he was finally away from her, he is suddenly attracted to the smell of free carrots. Turns out it was a trap by Elmyra. He plays dead, causing Plucky to ask for his videotape collection, and Hamton to present him with an award for Best Death Scene in Daytime Television. Elmyra, thinking he was really dead, cries, as Buster escapes, only to land in a new hole. Elmyra, now aware he was playing dead, decides to play funeral. Buster tells the viewers to stay tuned to see if he escapes.

In the second act, Babs as Tinkerbunny tells the viewers that Acme Acres has gotten dull since Buster is still missing. Buster manages to escape as Elmyra is asleep, but he hears the sound of unhappy animals. He asks Fifi, "Haven't I seen your picture on a milk carton?", and she tells him, "I'm afraid so." She and the others tell Buster how long they've been prisoners of Elmyra. Tyrone the Turtle has been at Elmyra's his entire lifetime, and he doesn't know what it's like to be free. Buster tells him "It's sort of like this, except the trees aren't made of plastic."

Tyrone tells Buster he would like to be free, and so Buster announces he is going to set them free. He manages to get the keys to the cages, disguising himself as a water bottle, a lamp, and a slipper along the way. He rescues the animals, telling them to follow him and not to make a sound. Furrball digs into a trash can, which wakes up Elmyra, who catches Tyrone. Buster rescues Tyrone, but gets captured in the process.

In the third act, Babs is in no mood to play Tinkerbunny, because Buster is still missing. Hamton plays a psychiatrist, telling her that she has to help find Buster. Tyrone tells her that Buster is still at Elmyra's, so she teams up with him, Fifi, and Furrball. Babs tricks Elmyra into running for a marathon as she and her friends rescue Buster. Grateful for being rescued, he and his friends form a plan to teach Elmyra Duff about pet care. When Elmyra becomes suspicious, Buster passes her wearing only a hat and a red necktie, telling her that space bunnies from Mars are invading. Elmyra, excited about meeting them, joins them in a cement mixer disguised as a rocket ship.

It takes her to the Planet of the Bunnies, where Buster and Babs tell her that on their planet, humans are the pets. Buster even plays a little boy who wants to have her for his pet. Babs, playing his mother, reminds him that he microwaved the last human. Shocked, Elmyra wants to go home, so she is launched out of a cannon disguised as a rocket, landing in her house.

She thinks she had a nightmare, and several Buster Bunnys tell her "We wouldn't say that!" Elmyra, not wanting to see another bunny for a long time, runs away, as three of the Busters reveal they are Buster's friends in disguise. Babs, as Tinkerbunny, tells the viewers, "So long, dear friends, from all of us in Acme Acres." Buster and his friends join her in singing, "The magic land of the free, and the Home of the bunnies!"

Buster: What gives, Babs? Another forest fire drill?
Babs: It's no firah! It's Elmyra!

Buster (dressed as a baby): "You betty wetty!" (To the Audience) "Hey, for a good meal, I'll wear almost anything."

Buster: "Could we talk about this later, Plucky?"
Plucky: "Well, excuse me for breathing!"

Babs: "Now, junior, you know you microwaved the last one." 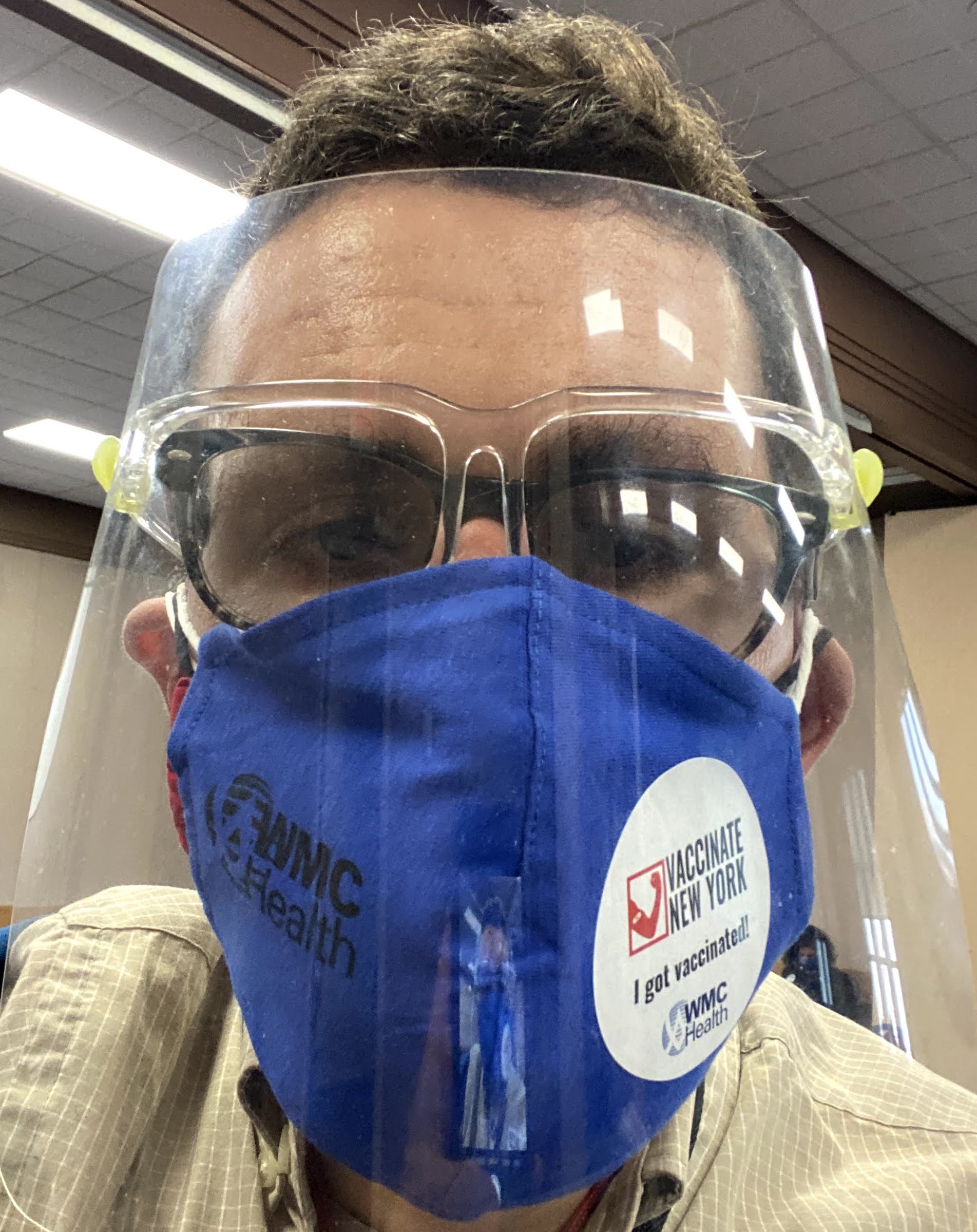 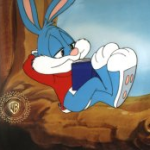